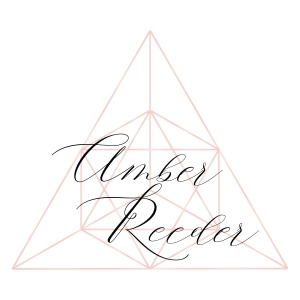 A little about me and the things I love.

The Dead Parent(s) Society… It’s one of the worst clubs to join, but it’s never your decision to join it. My membership was given to me in July of 2012. My Daddy passed away in his sleep from Cardiac Arrest caused by Heart Disease. He was 54. My Daddy was the nicest man I ever knew, so much that I honestly couldn’t take him seriously when he tried to scold me, it just wasn’t his style. My mom and him divorced when I was 2 years old and my mom got custody of me (needless to say, she was the one who usually scolded me). When I was little, my Mom did something that, looking back, I was so glad that she did; she demanded that my Daddy see me 3 times per week, no matter the status of their personal feelings toward each other. In my eyes, that made him the “Fun Parent!” My Daddy and I would have “Date Night Tuesdays” where we would go out to dinner, a nice sit down if he could afford it and fast food in the car when he couldn’t. I kind of liked it better when we would get fast food, because that meant we would drive to the Harbor and watch the ocean swells jump over the breakwater while he told me stories!

My Daddy had the best stories and, even better, he was a masterful storyteller. Dad would get into really into the stories he told. If he was standing up, he would go full one-man show! A couple of my favorite stories were:

The one where he was Free Diving on a Coral Reef when he was attacked by a huge parrot fish! [Story Time! He got his spear gun and went after a fish he just saw. It was a bit murky, so he couldn’t see too far in front of himself, but he knew this reef, so he didn’t need to see that well. He lined up his shot and released the spear. It missed. As he was reloading, He saw the parrot fish swimming right at him. BAM! The parrot fish took a giant chunk out his left pec! My Dad immediately got the air knocked out of him which forced him to inhale, looking for air but finding only water. There was a large piece of coral close to him, so he grabbed out for it and climbed. As soon as he was able to catch his breath, his hands and legs began to burn. Apparently he had found a large head of Fire Coral to grab onto- they have a sting that feels like your skin is burning. He crawled on the reef to try to make it to shore, but that was made exponentially difficult due to the coral slicing and cutting into his foot with every step.] I don’t know how old he was in this story, but I imagine him at 13 or 14 years old.

The one where his friend was on a boat and they had to use two chainsaws to cut a shark off of the boat. [Story Time Again! His friend was working on one of those boats that uses giant nets to catch a lot of fish. As they were pulling in the net at the end of the day, one of the guys noticed a large creature tangled in net (yeah, I know, these nets are super bad, but back in the 1970’s they used them a lot.) Well, they pulled it it (with a big motor) and as the mass got closer, they realized it was a Great White Shark. It wasn’t moving, so they thought it was dead. They brought it up to the back of the boat where one of the guys got onto the swim step to try to cut the shark free of the netting. When the guy started cutting the netting away from the shark, it suddenly sprung back to life and began thrashing around on the swim step, pinning the guy who was cutting the netting off in the corner right next to the stark’s eye! The other guys on the boat tried to get the shark’s attention so that swim step man could jump back in the boat. It worked, he jumped into the boat and out of harm’s way! All of a sudden, the shark’s jaws clamped down on the stern roller, locking the shark to the back of the boat. The fishermen had to figure out how to get the shark off their stern roller, so they did the only thing they could think of at that time… They grabbed two chainsaws (which were kept on board), jumped onto the swim step and cut off its head. The crew watched as the body of this massive animal swam off, headless, while the massive jaws continued to clamp onto the stern of the fishing boat! A few days later, the body of the shark washed up on the shore of a beach in Southern California and they found 3 sea lions in its stomach, two with lungs full of air and barely a scratch of them! It baffled the authorities because they couldn’t figure out what kind of animal bit the head off such a large apex predator!]

These are the things I choose to remember about my Dad. I love all the happy memories and I love how much my dad lived in his short time here. He lived more in 54 years than most people live in an entire lifetime! There are two things that I wish my Dad would have been around for- I wish he had met my husband and I wish he had been there to walk me down the aisle at my wedding. But all the happy memories have since drowned out the anger that I had. When you first lose a parent, your life ends, well, that life that you knew, and a new one begins. That new life starts horribly (I collapsed when I found out and couldn’t stop crying for 3 days. Then I couldn’t get out of bed for a week… and I burst into tears randomly over the next 4 years), but then things get better and it eventually becomes the new normal to you.

Mid 2012 was when I was first diagnosed with Depression. It was one of the low points of my life, but I was able to break out of it because it was when I first started dating my now husband, aka my safe place. He made me feel so cared for and loved that I feel that my healing process was much smoother than it would have been if he hadn’t been there. This is something I will never be able to thank my husband enough for, he is one-of-a-kind. He will never replace my Dad, but I’m sure happy to have a man of his caliber in my life since I lost my Dad.

For those of you who are a part of The Dead Parents Society: If you’re new to the Club, I want you to know that it does get easier. This is just the new normal, whatever it may be; and for those of you who are long time Club Members, reach out to those who are new to the club, I have found that it’s easier to cope when you know that others have been through what I’m going through and come out on the other side, alive. Be good to each other!

“If we weren’t all crazy, we would go insane”